Guest Shot: Trigger Control: Easy to Say, Tough to Do 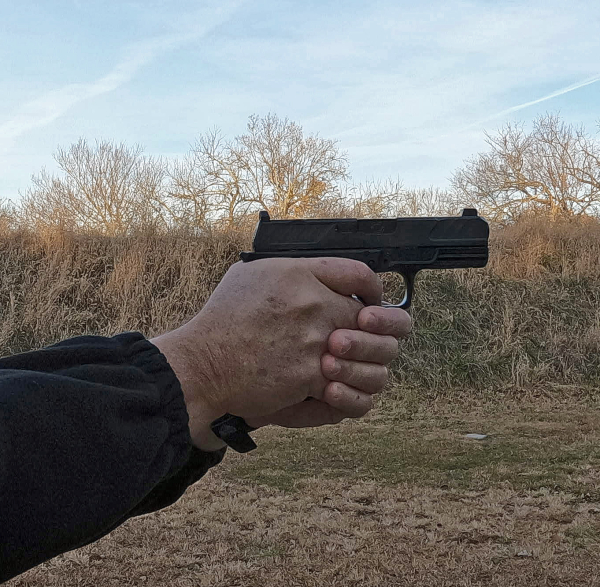 My thoughts: If you don't properly control the trigger, the muzzle will go off target and you will miss. TRIGGER CONTROL IS WEAPON CONTROL! On the street, when a police officer draws a gun and shoots, it's to defend their own life. They place themselves between the criminals and the citizens they are sworn to protect. Thus, they must be able to shoot well enough to save their own lives. If not, they may be killed; it's as simple as that. For decades now, we have known the hit ratio for cops is between 17 and 23%...is it possible lack of trigger control is a culprit here? Should it be ignored like what was said on the gun forum? Let the hit ratio speak for itself…

The history of gun fighting has shown that the person who gets the first solid hit (a vital area of the body) usually wins, which is why many hate the long, double-action trigger standard on many service-grade handguns. The hand is a sympathetic mechanism; what one finger does, the rest will want to do, which makes it difficult to isolate the trigger finger. The most common mistake shooters make is squeezing the whole hand instead of just the trigger finger, which is why most competitors like short-trigger actions. Me too!

The "dipping" caused by whole hand convulsion…what has also been called “late grip effect” … is often attributed to anticipating recoil or "pre-ignition push," which I believe is true for new shooters. However, once it's realized they can control the gun's recoil, I believe experienced shooters shoot to 7 o'clock (right hand) or 5 o'clock (left hand) because their hand wants to function sympathetically as a single unit.

Example: Consider how many times a day you've turned a door knob, grabbed the steering wheel, shook someone’s hand or picked up a glass…hundreds, maybe thousands of times? If you are in manufacturing, it’s likely even more. Then, imagine trying to press the trigger on a handgun without squeezing the rest of your fingers. I once called this "milking the grip" on a TV shooting show and was ridiculed on the Internet. I was referring to the whole hand downward squeeze as if milking the teat on a cow. I also received a bunch of mail from people who told me they knew exactly what I meant because it was “verbally/visually descriptive.” If you squeeze the whole hand (a convulsive grip), the gun's muzzle dips off target and will cause a miss. The handgun is a lever, pressure at one end will affect the other end, it’s as simple as that. 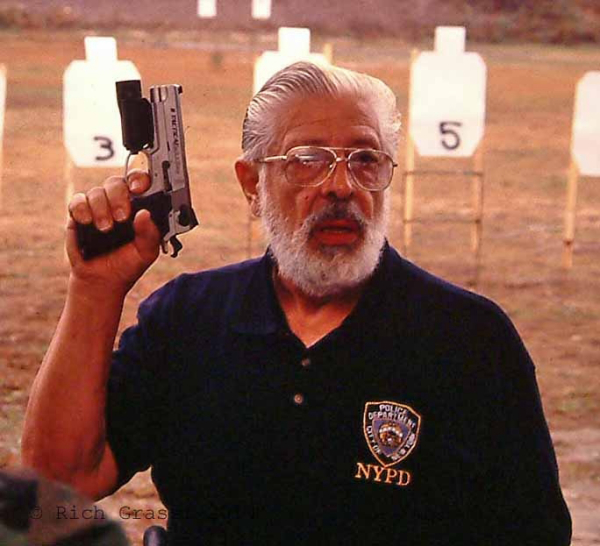 Don't think trigger control is important? Jim Cirillo did; he proved it operationally and taught it on the range.

These days, there seems to be two methods of trigger control: shoot to reset and catching the link. Shooting to reset is when the shooter lets the trigger out no further than is required to set up the next shot, while catching the link allows the shooter to lift their hand all the way off the trigger and then re-apply pressure to the trigger face to the moment of reset and apply “controlled” pressure. Some call this “trigger slapping” but it really isn’t as the pressure applied to the trigger is not out of control.

I am a member of the “minimal” trigger movement group and teach my students to shoot to reset while in recoil recovery knowing they will not be able to do it when shooting fast…at least not initially. What this technique does accomplish, however, is keeping the shooter in contact with the trigger face so they don’t spank/slap the trigger, initiating a convulsive grip action, taking the muzzle off target. My thought is if I can get the trigger finger to move minimally, the shooter is less likely to open and close the remaining fingers, which will help keep the muzzle on target. Those shooters that can come all the way off the trigger and then re-apply pressure without moving the rest of their fingers are a rare breed and I am not one of them. That said, when I have one in class, I leave them alone.

Handguns are not efficient fight stoppers regardless of caliber. Cops and armed citizens carry them because they're portable, not because they're incredibly effective. Handguns are standoff weapons that can be carried continuously, drawn quickly and used with reasonable effectiveness if we do our part and place the shots well. It was once said, "It's not important that you hit something; it's important that you hit something important." Violation of vital organs is key to incapacitation, but no small weapon can be counted on to incapacitate quickly every time. The human body is easy to kill, but it's difficult to stop quickly, and handguns are terrible at this. Thus, precise shot placement is required making trigger control even more important. 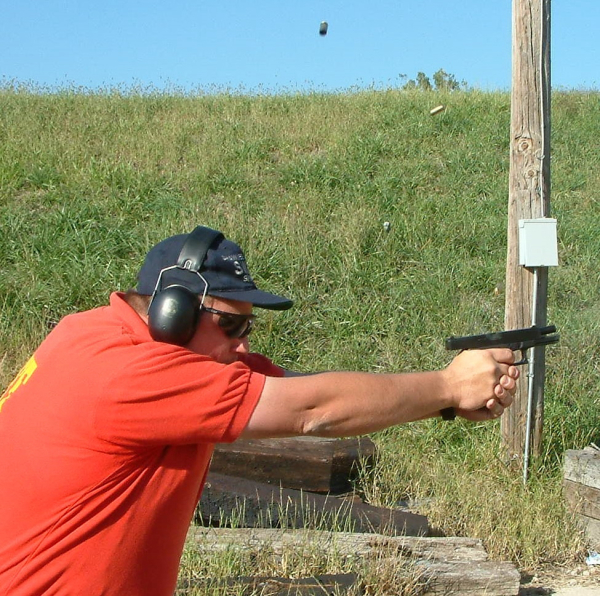 A practiced hand can shoot very quickly without losing control of the trigger press. Fast doesn't mean convulsively clutching at the trigger.

So how important is all of this? Look at how much one-eighth (1/8) inch of muzzle movement means to bullet impact.

Dave Spaulding is a professional firearms instructor with 36 years' experience in law enforcement and federal security. The recipient of the 2010 Law Enforcement Trainer of the Year Award from the International Law Enforcement Training and Educators Association, Dave has worked in all facets of law enforcement including communications, corrections, court security, patrol, evidence collection, training and investigations. He was a founding member of his agency’s SWAT Team and acted as its training officer for 8 years. He spent a year in an undercover capacity and was the commander of a multi-jurisdictional narcotics task force, has been an adjunct instructor at the former Heckler & Koch International Training Division and the Tactical Defense Institute. In addition to his many published articles (over 1,400), Dave is the author of two acclaimed books, Defensive Living and Handgun Combatives. He operated his own training company with focus on “the combative application of the handgun” www.handguncombatives.com.