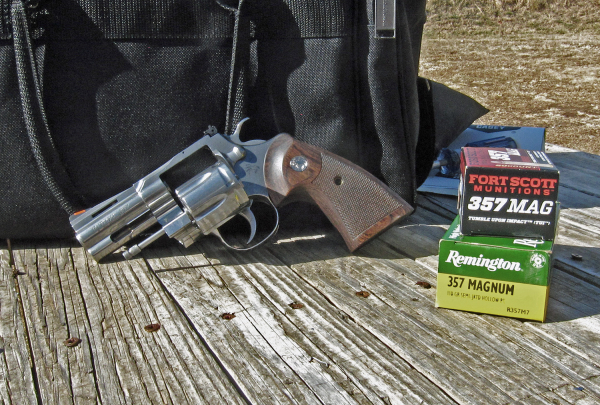 My first centerfire handgun was a Colt Python – I’ve bored people with that old story for decades. Belonging to another GI who found it didn’t fit his needs, he put it up for sale. I saw the ad, painfully cobbled together $150 and made the trip to get the gun, a model made in 1968. I had to get an E-6 from the S-3 shop to buy ammo for me. It was the early 1970s and I wasn’t old enough to buy handgun ammo, courtesy of that fine bit of federal meddling called the “1968 Gun Control Act.” Earlier that year, I qualified with the XM16E1, shot an M79 grenade launcher and a “light antitank weapon” (LAW) as well as an M60 machine gun … but I couldn’t be trusted with fifty rounds of Federal 357 Magnum 158 gr. JSP ammo.

When I turned fifty, my lovely bride – who puts up with me still to this day – purchased a 1981 model nickeled four-inch Python for me. It needed a little work and off to Cylinder & Slide it went. Afterwards, custom-fitted with wood Hogue stocks, I shot it for an article. 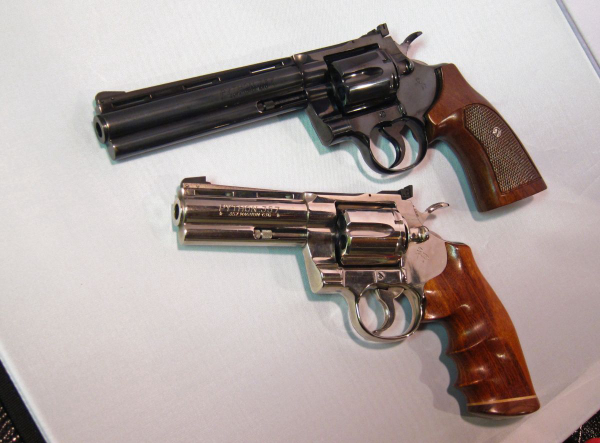 I've had some experience with Colt Pythons of an earlier era (above) and find the new ones to be durable with good actions. 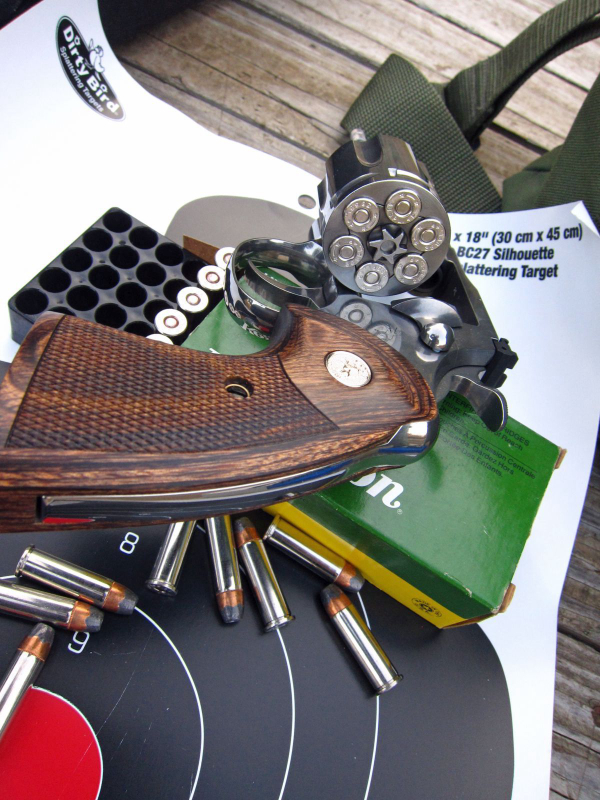 Nearly two years ago, Colt sent a 4.25” 2020 Colt Python to me. It wasn’t the Python of old, but it was certainly a capable wheelgun and I liked it a lot. As I near the rest home and/or the boneyard, I reluctantly sent it back.

I’ve never owned a Python snub, but I like snubs – even ridiculously large short-barrel revolvers. A short-barrel S&W 686 made it in once and I found it to be eminently competent. It’s a bit of a load to carry, but it surprises folks with its accuracy. Later, a 2 ½” 7-shot Ruger GP-100 wandered in; I shot it a few times in LEOSA qualification for the elderly. It’s an easy shooting cannon that’s quick to draw and easy to keep in hand.

Now Colt is torturing revolver lovers with what had previously been “unobtanium,” the 3-inch Colt Python.

The gun had originally been a target grade revolver geared for bullseye and, later, PPC. LE shooters liked it so much, they cried out for a duty-gun version and the four-inch Python came out. With all the accuracy of the longer gun but quicker to deploy – and easier to hang onto in a gun-grab situation – it was the answer to the Colt-loving cops’ prayers.

Later they made a 2 ½” version of the big snake. I sadly never had one but the look was striking.

Courtesy of the current Colt crowd, I now have access to the 3-inch version of the 2020 Colt Python. Fitted with the same sights, stocks and trigger as the previous iterations (4.25” and 6”), it felt only slightly different – about the way a steel-framed “Combat” Commander feels next to a Government Model.

For me, that’s a good thing. 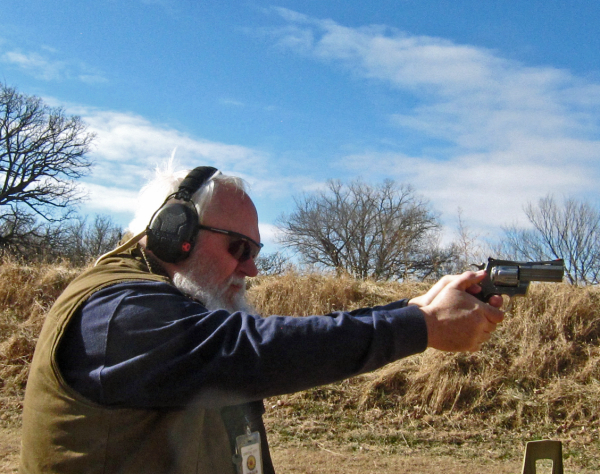 Weighing in just a few ounces less than the 4.25” version at forty ounces, the weight matches the short-barrel Ruger GP-100. The walnut stocks, grooved hammer, target crowned muzzle and red-ramp front sight are still present on the shorter 2020 Python. The action was likewise smooth and easily controlled. I sneaked out to the range on a 29-degree January day. I shot the gun from fifteen yards, standing, one- and two-handed, with a small assortment of ammo. With older Remington 110gr. JHP magnum loads, I had four of the five hits touching. With Ft. Scott Munitions 125gr. 357 Magnum ammo, the group was centered for windage, but a little low on the bull. The same maker’s 81gr. “For Defense” 38 Special +P gave a vertical group, likely a grip issue. The Colt frame has little in the way of a “recoil hump,” and you have to keep on the grip to keep it from riding down.

I finished up with some Inceptor 77gr ARX 38 Special. It was light recoiling and clustered tightly.

This is a very interesting revolver. I’m looking forward to more range time with it.