Not Your Grandad’s Python 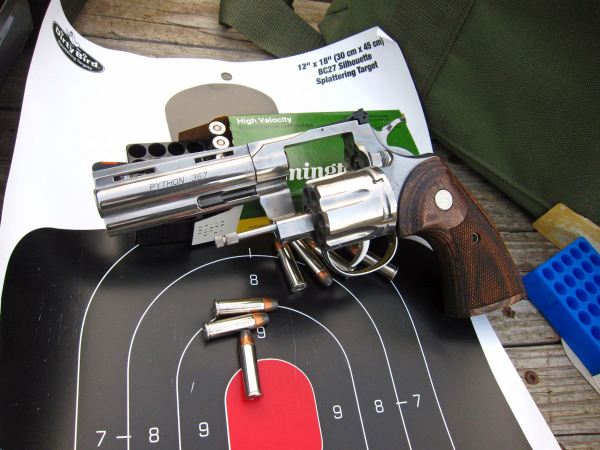 Prior to returning the 2020 Colt Python, I wanted to give it at least one more range trip.

Using the Safariland M568 “Custom Fit” (for revolvers) paddle holster I’d used in my LEOSA qual, I elected to shoot a more-or-less PPC analog, featuring one-handed shooting (left and right hand) as well as two-handed shooting. I had an old unshot KLETC-Q cardboard target (the ‘smurf’). 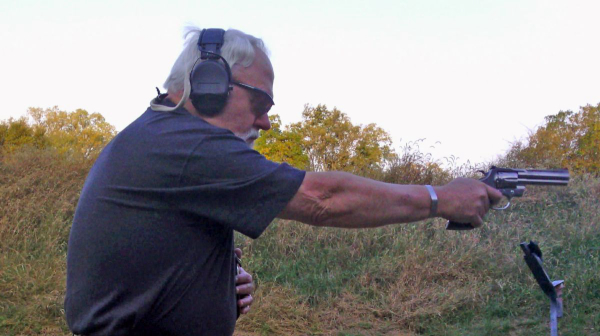 A high hold on the gun is necessary to recoil mitigation, quick shooting. The stocks allowing slippage down into the grip enough to cause interference with the hammer -- not so good.

I’m old, I had the 38 ammo available and I found that the nice factory supplied lumber allowed the gun to slip down in my grip under recoil when shooting one-handed double action. With 38s, the slippage stopped before going far enough to obstruct the hammer’s travel.

I started at five yards, ‘weak-hand’ only for six rounds, starting from a low ready position. Then I did the “hand on gun” while holstered – as if something alerted me to trouble but hadn’t yet created a need to draw. When the PACT Club timer sounded, I drew for six hits in the ca. 10” “5” ring of the silhouette.

As I moved back, I shot singles from the holster, as well as pairs and ‘cylinder dumps.’ At fifteen yards, I did some one-second or so singles from ‘guard.’ 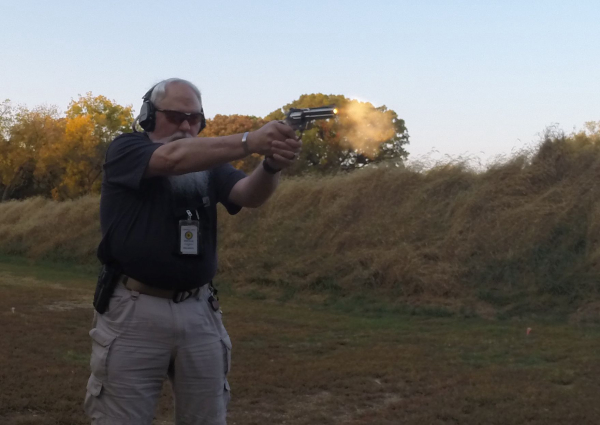 At 25 yards, between the shallow sight picture and my compromised grip on the gun, I contrived to press eleven hits out of the maximum-scoring ring into the ‘one-down’ – clearly not my finest performance.

The junior grade cannon shoots quite well and I experienced no failures to function since I got the gun last spring. I like it.

If I were to keep it, I’d replace with Hogue Monogrips (or here), the Pachmayr “Professional Grippers” or Eagle Grips Rosewood Checkered ‘grips.’

Is it the Python of old? No. It’s a better “using” gun than the Python of old and I don’t think they even wanted to try to reproduce the original. It’s not something that can be done in a cost-effective way. Colt took advantage of advancements in manufacture, reduced the number of parts (which is more important than you may think), they reinforced the top strap by use of a smaller sight and they still came in with a world class revolver. It’s a little more pricey than other production revolvers, but less so than various ‘custom production’ guns.

Even smooth, uncheckered "Monogrips" by Hogue prevent slippage in recoil as shown on the Cylinder & Slide "Demi-centennial" Python above. The last range trip for the 2020 Python was enjoyed with 38 + P ammunition. 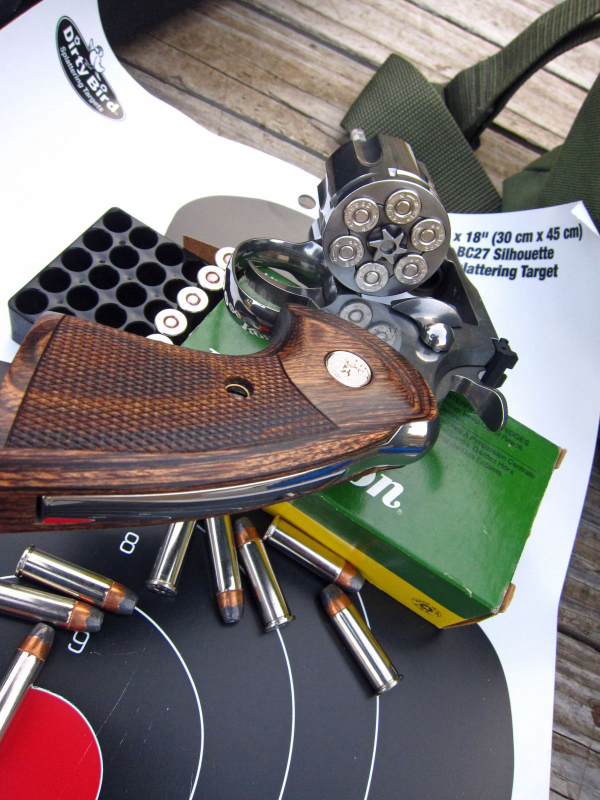 While I was about it – and had some ammo remaining – I marked the peripheral hits on the target and moved to five yards to shoot from ‘body index.’

Before anyone goes crazy, I’m a big ‘sights’ guy. I’m also someone who likes to go by feel to see how I’m grooved into the gun. Coming from the holster for singles, I did 12 reps – for 12 hits into the maximum scoring area of the target.

I’ve not done that well before with any revolver – at least not in recent memory. Maybe the factory-supplied stocks aren’t that bad for single hits. And Altamont does make some nice ‘ivory’ analogs …

I need to stop that and get this gun returned. Like revolvers? Take a look at the Colt. I’ve not gotten to use the modern Cobra-King Cobra line. If they’re anything like the 2020 Python, I imagine they would be a great option for the cylinder-minded.