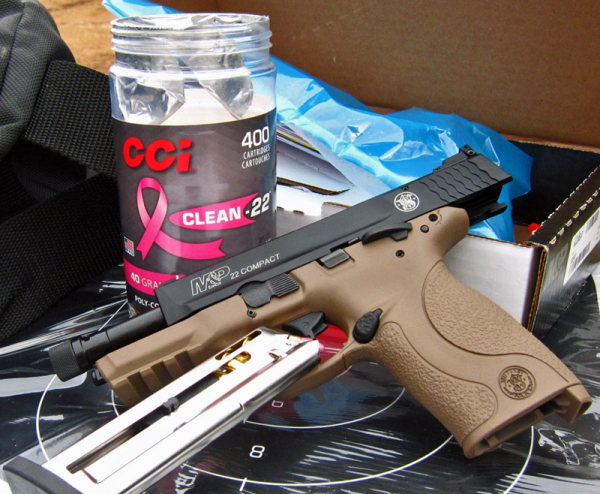 For several years, Smith & Wesson has been producing their M&P22 Compact and it’s gaining quite a following. It’s like a full size M&P, but 15% smaller in relevant dimensions – more like a Shield, including the EZ variants.

Like the EZ line, the M&P22 Compact is hammer-fired. Unlike them, it has an aluminum slide and a fixed barrel – it’s a straight blowback gun, not a delayed recoil operated system like the centerfire guns.

It’s supplied with a pair of 10-round magazines, has adjustable sights, a manual thumb safety (that can be locked in the “on” position with the provided keys) and a magazine disconnect – because it’s a 22.

It weighs in at just over 15 ounces, empty – lighter than the Shield by a little. I became interested in this gun due to Claude Werner, the Tactical Professor, a fan of the piece. He was recently quoted as saying, “A friend asked for a recommendation on a .22 autoloader. My response was the M&P 22 Compact. I think it's a great pistol.” 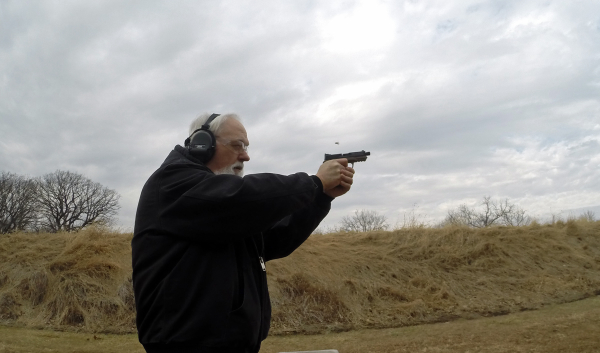 Above, the first outing with the new gun, below, the second. It's had four shooting trips so far, a good run with a T&E gun. Fun is part of the reason and getting back to shooting -- practice with a 22 is great for brushing up -- is another. 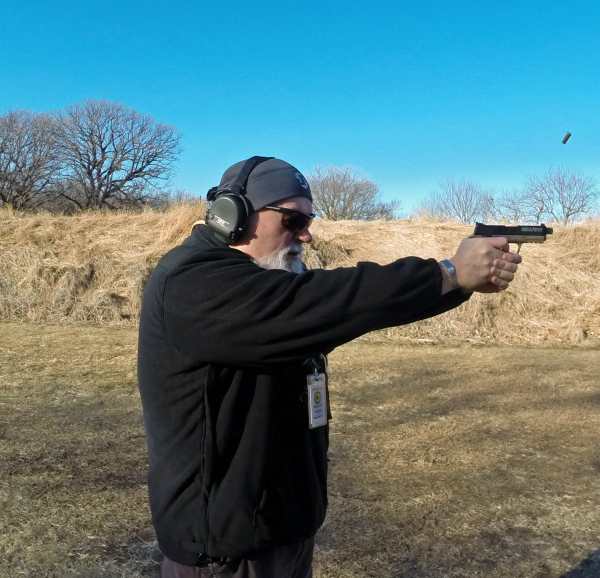 The fact is, he makes use of the M&P22C as a trainer and he shoots it quite a bit. He’d once shot it to the point of the gun becoming sluggish in operation and noted it took quite a bit of shooting – even with bulk-pack 22 LR.

As I was working with the latest of the “EZ” line from S&W, I thought it was time to get the Compact to see what all the buzz was about. Now I know.

I selected the “Suppressor Ready” variant. The barrel is just slightly longer and there’s a threaded muzzle cap you have to keep after; if you shoot the gun at all, retighten the cap when the gun goes empty.

The gun is shipped with a thread adapter covering the ½ x 28 threads.

The first range trip was a cold day in December, over two months since my previous shooting excursion. I shot CCI “Clean-22” 40 grain ammo. After adjusting the sights – the windage with the provided “itty-bitty tiny” wrench – I was close to zero. Shooting Remington Golden Bullet, I encountered only one issue, a failure to lock open. That was repeated on a later trip with other ammo, making me believe it was operator error – not the gun or ammo. 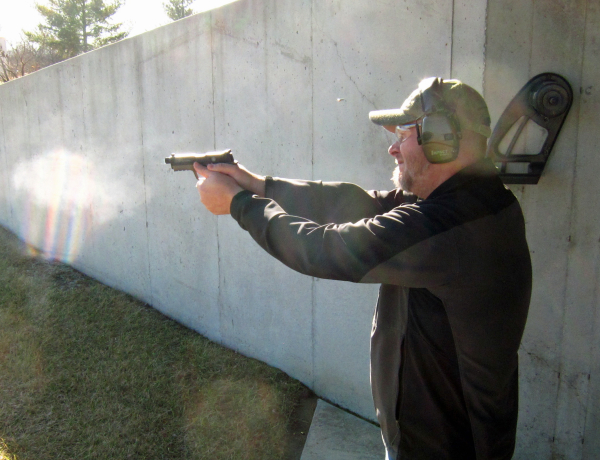 On my next trip, New Year’s Eve, I went back to the Clean-22 and concentrated on shooting at distance. I found the little gun was helping me get back to mastery of fundamentals. On a later trip, I had an associate shoot the gun. As he’s an LE trainer, John McHatton knows the struggle of getting people lined out with pistols. He shot the M&P22 Compact and noted that “it’s like a real gun” – meaning less like a 22 trainer and feeling more substantial than some other 22s of his experience.

Finally, I got the gun out in unseasonably warm (for the season) weather for 25 yard accuracy work. While I shot a range of 22 LR ammo through it – some of it quite old – I settled on three loads to check the gun. My five-shot groups each included some irritating flyers which may have indicated a need to “tighten the trigger control nut.” Loads hovered around 4 inches for five shots except Winchester Super-X; it was around 7 inches with the flyer, but the best four went into 4 ¼” – right in the ballpark. The best three was inside two inches. 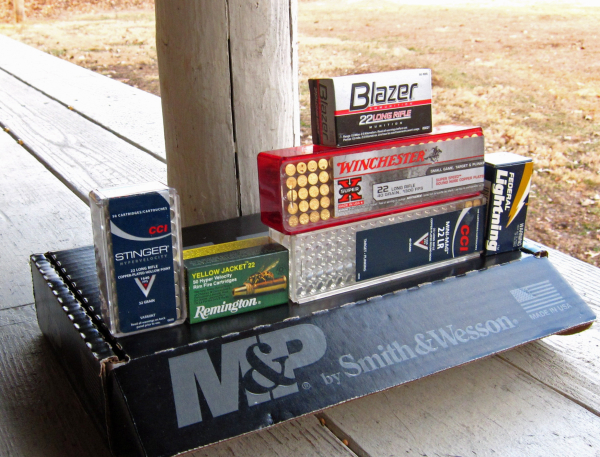 The best three from CCI Mini-Mag 40 grain went into 7/8” – a fluke. CCI Stinger put the best three into 3 ¼”. I’m figuring this is a 3” at 25 yards gun mostly, assuming a competent trigger puller.

Aside from a pair of failures to lock open and the dreaded rimfire “failure to fire” which happened with some old ammo, the gun ran like a sewing machine.

Great for holster drills and singles from ready, the M&P22 Compact is a trainer for those who carry the Shield or M&P series. It’s also a dandy way to get new shooters squared away.

Now I know why the Tactical Professor is a fan – I am too.