NEWTOWN, Conn. — NSSF®, the firearm industry trade association, updated the industry estimate of Modern Sporting Rifles (MSRs) in circulation in the United States to 24,446,000 since 1990. That is an increase of over 4.5 million rifles since the last estimate was released in 2020.

The estimate is derived from NSSF research, Bureau of Alcohol, Tobacco, Firearms and Explosives (ATF) Annual Firearms Manufacturing and Exportation Report (AFMER) and U.S. International Trade Commission (U.S. ITC) data, in cooperation with manufacturers, importers and exporters of MSRs, or AR-15 and AK-style rifles. This most recent estimate includes production figures current through 2020, when the industry estimates over 2,798,000 of these rifles were produced or imported. This estimate does not include MSRs that were produced and exported or imported and later exported.

The MSR remains the most-popular selling centerfire semiautomatic rifle in the United States today. There are more MSRs in circulation today than there are Ford F-Series trucks on the road.

“This is a truly significant figure that demonstrates – again – the popularity of this commonly-owned style of rifle,” said NSSF President and CEO Joe Bartozzi. “The firearm industry responds to market demand and this shows that during the elevated period of firearm sales that began in 2020, this particular style of rifle is the top choice for law-abiding citizens for hunting, recreational shooting and self-defense.”

The MSR’s popularity for lawful ownership is attributable to several factors, including accuracy, reliability, modularity and low recoil. 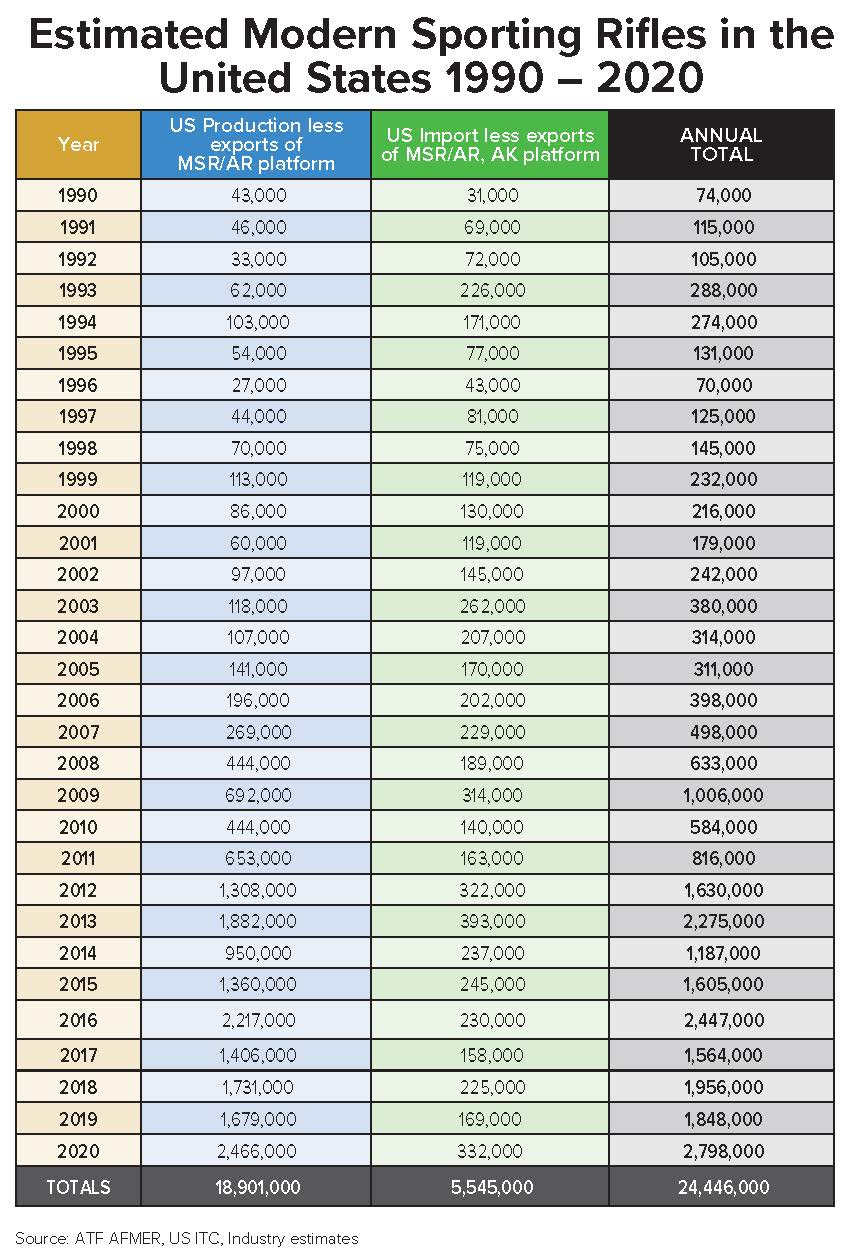 NSSF is the trade association for the firearm industry. Its mission is to promote, protect and preserve hunting and the shooting sports. Formed in 1961, NSSF has a membership of thousands of manufacturers, distributors, firearm retailers, shooting ranges, sportsmen’s organizations and publishers nationwide. For more information, visit nssf.org.