Covered previously here, the 3” Colt Python has continued to shoot well. I’d had the opportunity to let old shooting partner Mike Rafferty get some trigger time with the new gun. The difference in the action from earlier Colts surprised him and he appreciated Colt coming back to the DA revolver game.

He’d brought a pair of stocks, they looked like the old Herrett’s Shooting Star type, but they were apparently made by Sile. They improved my ability to hold the gun still, but the lack of a pronounced recoil hump on the backstrap still allowed the gun to slip down in my grip – regardless of the stocks. 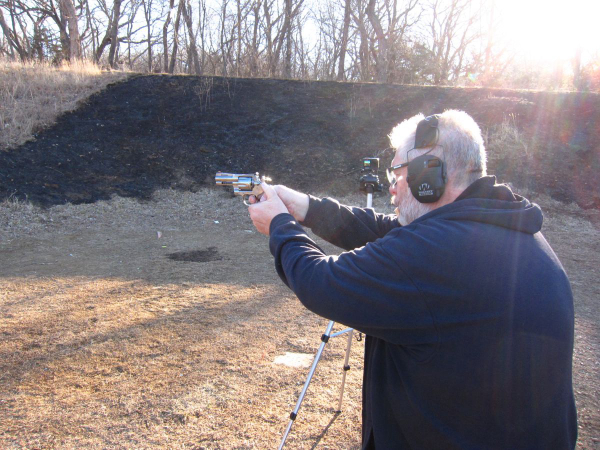 The gun had been shooting low with the pitifully few rounds I had to try and I’d run the rear sight up some. After that, I elected to do an accuracy test and headed out to the range. 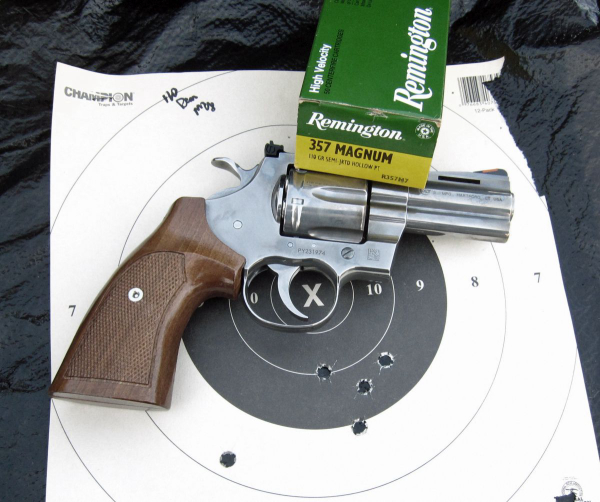 Holding ¾ of the way up the bull, even after cranking on the rear sight, the rounds hit low in the bull. It’s a light, fast bullet, so I wasn’t particularly concerned. With Winchester 38 +P 130 grain JHP, I threw the first shot. The remainder went into the “10- “ring, a group of 2 ½”. Three of those went into 1 5/8”. I’m calling that good.

Moving up, I tried six hits DA into the same hole. At fifteen feet, using Ft. Scott Munitions 38+P 81 gr. Tumble Upon Impact “Fort Defense” loads, I tried to put six hits into a 13/16” inch paster; I placed one about an inch above another to account for offset. The lower paster vanished into the single ragged holster. To help me settle down, using the two rounds that were left, I pattern-loaded the cylinder with four empties and two loaded rounds. I used that set-up to do the “Claude Werner Ball & Dummy” exercise at five yards, DA. The last two entered the same big hole. 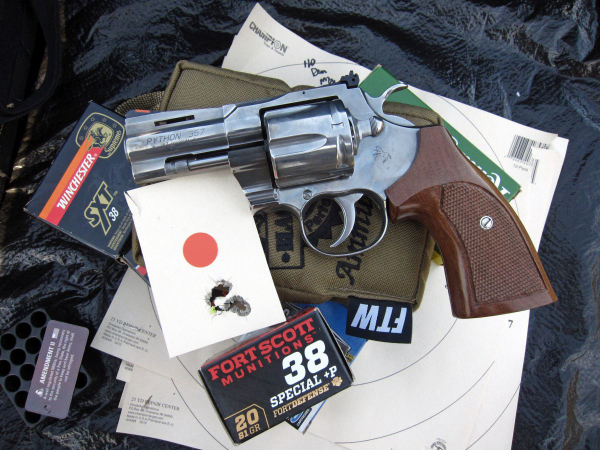 I’d cranked up on the rear sight enough I was concerned there were few threads left holding into the base of the rear sight. The shooting didn’t create a wobbly sight, so I soldiered on.

On the last day of the month, some retirees assembled to shoot the LEOSA qualification. This is fifty rounds, fired from up close back to 25 yards. I used the Python snub in a Safariland Custom Fit paddle holster that works for range duties. The ammo was the last of the CCI Blazer 125 grain JHP +P 38 ammo. 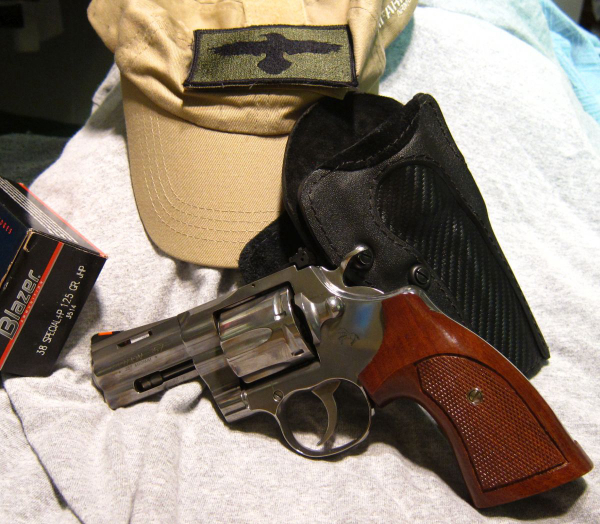 The gear used in the LEOSA qual -- above -- and the results below. 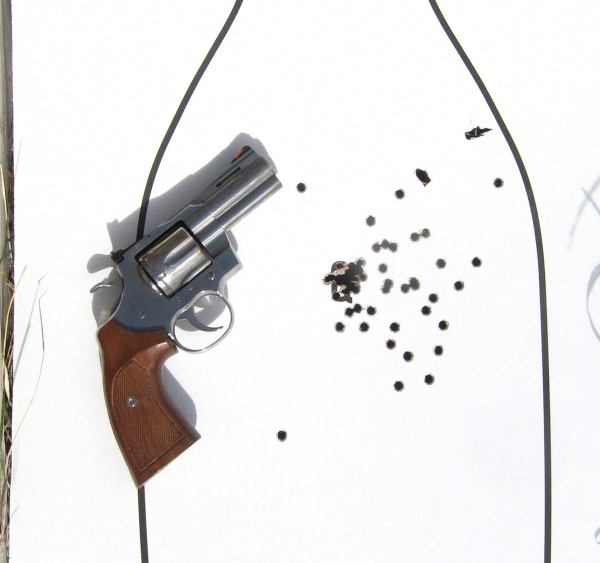 I was keeping the cluster tight back to seven yards when I saw one blow out and go high right. Still inside the “scoring zone,” it wasn’t a heartbreaker. After the shooting was done, I found that the bullet keyholed.

A projectile flying sideways isn’t helpful to accuracy. This was old ammo and I’d shot quite a bit of it. This was a first problem I encountered with this ammo. The score was still 100%. The group isn’t the best I’d fired, but the Colt was very positive and settled in my grasp.

The balance is superb. It’s a lot of gun and it’s well worth the tariff.